Dragon Con, Atlanta's annual sci-fi/pop-culture convention, has the most costumes, the best costumes, and the most diverse costumes of any convention I've ever seen. Atlanta Fashion Police exists to catalog that vast troupe of characters. My goal is one photograph of every costume, individually numbered to prove uniqueness, but that's a Sisyphean task, so I've modified my mission statement to "as many costumes as I can capture without compromising my health."

Find here over 3000 unique costumes (a small fraction of the total), tagged with character name & variant, and source. Look through chronologically, or use the tags to bounce around to whatever catches your fancy.

The Atlanta Fashion Police sign contains an e-ink display that generates a unique, increasing, non-continuous identifier for each mugshot. 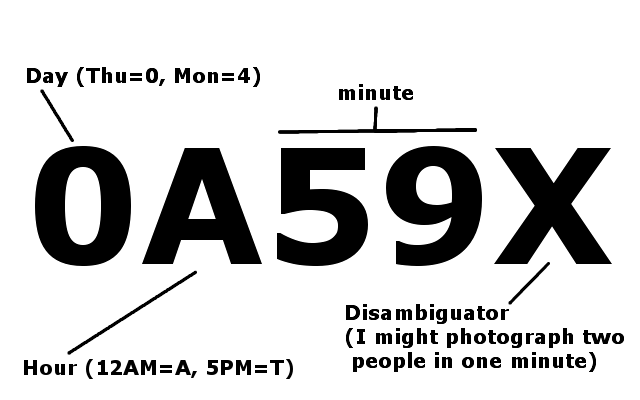 To maximize the number of mugshots, I stay in the most crowded areas. Actually, the Marriott Atrium is so crowded that it's difficult to take two steps away from someone to take a photo. To avoid stress, I avoid that area. Besides the lobbies, I go out to the Hilton Steps at times when multiple gatherings are scheduled close together. There's enough space outdoors for me to use my 50mm lens.

Once again, some helpful fans carried a second light for me, which makes the pictures look much better. I'm so grateful that people take valuable time out of their convention to assist me.